Making Profit in a Changing Market: The Key Attributes to a Responsive Business 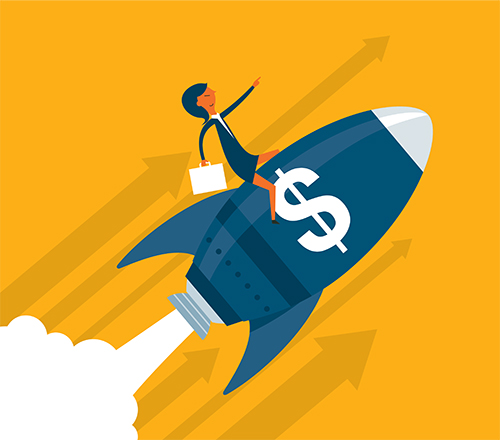 Making profit is an obligation for all enterprises whether big, small, government, not for profit or private. All stockholders, owners and constituents know that a policy of status quo will not produce ongoing quality profits, and indeed may result in the firm’s rapid demise. Speed is now an integral part of successful business strategies. But speed on its own is not sufficient; it is the ability to respond rather than react, which is the goal. There are many things which support a strategy of responsiveness. This article looks at 4 key elements of culture and purpose.

A responsive business seeks constant renewal. It creates the ability for its people to flex to meet needs as they arise. The onslaught of the Social Media revolution has supported an environment where products can become unfashionable mere days or weeks from successful launch. Even in a stable environment, the situation in 3 months will likely be different from now. And in 3 years it is probable that the market may no longer be interested in the products and services which are provided today. Business must seek to change and shape its environment.

Small businesses are generally best at this as systems are less fixed, and decision making is spread. Everyone in a responsive firm understands that each individual makes a contribution to the overall success of the firm and accepts their responsibility in the success. Francis Bacon said, “He who will not apply new remedies must expect new evils; for time is the greatest innovator.” Large firms can adapt to a small business psyche if the safety of hierarchy and protection of systems is not too difficult to shift. Where a business is aging, rather than renewing, its problems are systemic. No amount of creativity and eagerness can make a difference if the reality is systemic stagnation. Larger businesses can unwittingly fall into this situation.

Leaders are in their place for varied reasons. One is to create a picture of the future to which efforts can be directed. Essential to this is the creation of a community that feels as one, and then persuade that community to the vision of the leader. For Fred Hollows, an Australian specialist in eye disease, his vision was to stop Australian Aborigines losing their sight to a preventable disease, trachoma. His ability to visualize and communicate that picture has gained money and support. As a result, Australian society says that the high incidence of trachoma in Aboriginal people is no longer acceptable and funds are made available to reverse its effect. Most businesses do not have a vision of such high humanity, but do have vision of how the business fits into the future. Responsive businesses are clear on what the business is and will be, and communicates this well to their people, customers and others.

A firm with a known set of values, which are lived by all in the firm, is essential. How can a business operate where values exist which are unacceptable or undesired by some? People now come from a myriad of cultures, values and beliefs. Dislocation exists. The Thinker, Seth Godin, promotes the idea of tribes to optimize business returns. He defines a tribe as: “a group of people connected to one another, connected to a leader, and connected to an idea.” A community connects. A business which comprises small groups rather than a single community will find it difficult to meet the tumultuous times with speed.

Where does innovation arise if not from people finding something lacking in the current product, procedure or service? Looking at something anew can change a system, product, process or relationship. Leaving it as it is does nothing. Developing a culture of dissent encourages people to try something new and to succeed or fail in doing so. So often our risk-averse society identifies failure as something which must be avoided. A responsive business says that failure is part of each person’s responsibility. Where people see the failure and look for ways to tap into the idea to produce success for the future, all failures will be seen as a stepping stone to success, not the end of a journey. Thomas Edison, when asked by a young journalist if it felt like failure when he had to go through 10,000 bulbs to get one that worked, responded: “I didn’t fail. I just found 10,000 ways that did not work.” New ideas come from changing the status quo, not keeping it as it is.

So, no longer is a competitive advantage differentiation or cost, it must now include speed of response. No business can afford to stand still. Strategies supporting agility, flexibility and responsiveness are essential regardless of the external forces on the firm. Flexibility and responsiveness are driven from the top, and assumed by all in the firm. Leadership is key.

Will your firm be renewed in 3 years’ time, and your current operations obsolete? If not, then why?