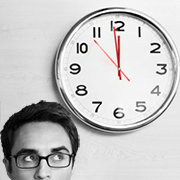 Tax Day is right around the corner. Have you filed your federal tax return yet? The filing deadline to submit 2015 individual federal income tax returns is Monday, April 18, 2016, rather than the traditional April 15 date. Washington, D.C., will celebrate Emancipation Day on Friday, April 15, which pushes the deadline to the following Monday for most of the nation. The deadline will be Tuesday, April 19, in Maine and Massachusetts, due to Patriots’ Day.

1. Individuals Can Choose to Deduct State and Local Sales Taxes

Congress recently made permanent the option to claim a federal income tax deduction for general state and local sales taxes as opposed to deducting state and local income taxes. The option is now available for 2015 and beyond. This is good news for individuals who live in states with low or no personal income taxes, as well as for those who owe little or no state taxes.

If you choose the sales tax option, you can use a table provided by the IRS to calculate your sales tax deduction. Your deduction will vary based on your state of residence, income, and personal and dependent exemptions.

If you use the IRS table, you can also add on actual sales tax amounts from major purchases, such as:

In other words, you can deduct actual sales taxes for these major purchases on top of the predetermined amount from the IRS table. Alternately, if you saved receipts from your 2015 purchases, you can add up the actual sales tax amounts and deduct the total if that gives you a bigger write-off.

However, there are a couple of catches. First, you must have enough 2015 earned income from jobs, self-employment, or alimony received to equal or exceed your IRA contributions for the 2015 tax year. If you are married, either spouse (or both) can provide the necessary earned income.

Second, deductible IRA contributions are gradually phased out if your income was too high last year. (See “Ground Rules for Deductible Contributions to Traditional IRAs” at right.) Fortunately, the phaseout ranges are much higher than they were a few years ago.

If you work for your own small business and haven’t yet set up a tax-favored retirement plan for yourself, you can establish a simplified employee pension (SEP). Unlike other types of small business retirement plans, a SEP can be created this year and still generate a deduction on last year’s return.

Important note. If you are self-employed and extend the filing deadline for your 2015 Form 1040 until October 17, you’ll have until that late date to take care of the paperwork and make a deductible contribution for 2015.

The deductible contribution to a SEP can be up to 20% of your 2015 self-employment income or up to 25% of your 2015 salary if you work for your own corporation. The absolute maximum amount you can contribute for the 2015 tax year is $53,000. If you have the cash on hand to fund a SEP contribution, the tax savings can be substantial.

Establishing a SEP is simple. Your bank or financial adviser can help you complete the required paperwork. But don’t jump the gun if your business has employees. Your SEP will likely have to cover them and make contributions to their accounts, which could be cost-prohibitive. Your tax and financial advisers can help you decide whether establishing a SEP is a smart move for your business.

Section 179 provides a federal income tax break that allows eligible small businesses to deduct the entire cost of qualifying asset purchases (including software) in the year they’re placed in service (rather than depreciating them over their useful lives). Real property improvement costs have traditionally been ineligible for the Sec. 179 deduction. But there’s an exception for qualified real property improvements placed in service in tax years beginning in 2015.

The Sec. 179 allowance for real estate had previously expired at the end of 2014, but recent legislation made it permanent for 2015 (and beyond). Additional rules and restrictions may apply, so consult your tax adviser before claiming Sec. 179.

In general, IRS regulations require most tangible property costs to be capitalized and depreciated over their useful lives, rather than deducted in the tax year that they’re placed in service. But there are a few taxpayer-friendly exceptions, including:

Consult with a Tax Pro

These are some of the more common last-minute tax-saving maneuvers that individuals and small business owners can take before Tax Day. As always, your tax professionals can advise you on the optimal tax-saving strategies for your specific situation.

Making a tax-deductible contribution to a traditional IRA is an easy and quick way to lower your tax liability. But this doesn’t work for everyone. Here’s a checklist to see if you might be eligible for this last-minute strategy:

1. Have you and your spouse (if you’re married) reported sufficient “earned income” in 2015 to offset what you plan to contribute to your IRA for 2015?

3. Were you covered by an employer-sponsored retirement plan in 2015? If so, your eligibility to make a deductible contribution to a traditional IRA in 2015 is phased out at the following income levels:

For example, suppose you’re a 40-year-old single taxpayer in the 25% federal income tax bracket who makes a $5,500 deductible IRA contribution on April 1. If you meet all of the eligibility requirements, this move would reduce your federal income tax bill by $1,375 (plus any state income tax savings).

On the other hand, if you’re married and file jointly and both spouses were over 50 years old on December 31, 2015, you could potentially make two $6,500 contributions (for a total of $13,000). If you meet all of the eligibility requirements, these contributions would reduce your joint federal income tax bill by $3,250 if you are in the 25% bracket (plus any state income tax savings).